The Bahamas Reef Environment Educational Foundation (BREEF) is deeply committed to protecting our waters and the marine creatures that sustain lives and livelihoods in The Bahamas.

The Bahamas fully protected sea turtles in 2009 and made the country a shark sanctuary in 2011 in response to increasing threats to shark and turtle populations in The Bahamas and around the world. Sharks and turtles are vulnerable to overexploitation because they are slow to mature and reproduce, they have been the targets of high levels of fishing pressure in many of their ranges, and because they have experienced impacts to the habitats that they need to survive. 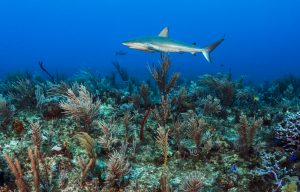 Sharks and turtles play critical roles in maintaining healthy coral reefs and seagrass beds and in keeping the populations of other species in balance and healthy. Their presence is important for the well-being of our commercial and recreational fisheries. They are also important components of our Bahamian tourism product. The fact that our country is the premier destination in the region to dive and snorkel with large marine life means that The Bahamas is consistently ranked as one of the top dive tourism destinations in the world. Sharks alone bring in at least $114 million/ year in tourism revenue.

We hear the concerns voiced by some fishermen about a perceived increase in numbers of sharks and turtles, and respect we need to come up with solutions that take the well-being of both wildlife and humans into consideration. Available science does not indicate that populations are higher than historical levels and it would be rash to rush into making changes to existing levels of protection without very careful consideration. 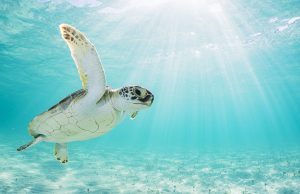 There is a need to make good science-based decisions regarding managing the marine environment. Much more research is needed. This must involve a wide variety of people connected with the marine environment in research design and implementation, and in decision-making, including scientists and fishers, incorporating traditional knowledge and experiences into carrying out rigorous scientific studies, and sharing the findings widely.

There is currently no research that would recommend relaxing the existing protections that are in place for sharks and turtles in Bahamian waters.

BREEF does not support opening our shark and turtle populations to fishing.

We are always on the lookout for new volunteers to help us with our projects and programmes. Volunteer Today!

BREEF is a non-governmental nonprofit Bahamian foundation concerned with educating our people about the value of and need for conserving our marine environment.

Your ticket for the: OFFICIAL STATEMENT